“Dragon boating welcomes anyone into the boat, and this exhibit does the same- it invites the visitor in to explore and build their own story.”

What was your experience studying history at UBC like? Were there any courses, instructors, or experiences that especially stood out to you?

I did a double major in history and political science because I found it difficult to cover the themes I wanted to explore in just one department. I took three different capstone courses during my degree, two with Dr. Coll Thrush, and one with Dr. Julie MacArthur. These courses had a significant focus  examining land in its own right: they looked where things happened, not just what happened. Adding land as a variable to the study of history adds new context and areas to explore, and allows you to draw lines across a different plane.
As these capstone courses were more open-ended, I was able to link real-life experiences to my learning. I could walk through places we were studying, and apply the ideas from my readings to the things that were right in front of me. That was probably why I enjoyed these courses so much; they gave me the opportunity to take academic ideas into concepts that could literally be mapped out.

What has your career path since UBC History looked like? How did you get to where you are now?

During my undergrad, I was coaching my former high school’s junior dragon boat team (Eric Hamber in Vancouver). After I completed my BA in 2015, I started my MA in political science, and around the same time I took on running the national U16/U18 dragon boat teams. This led to some strange experiences- I remember writing my MA thesis between races at Nationals.
After finishing my MA in 2016, I spent more time working with the coaching teams and paddlers, plus dealing with the sizeable logistics and finances involved. Dragon Boat BC asked me to help with youth paddling programs, and then later to come on full time as Brand and Marketing Manager, which led to my current position as Development, Marketing, and Operations Director of Dragon Boat BC. 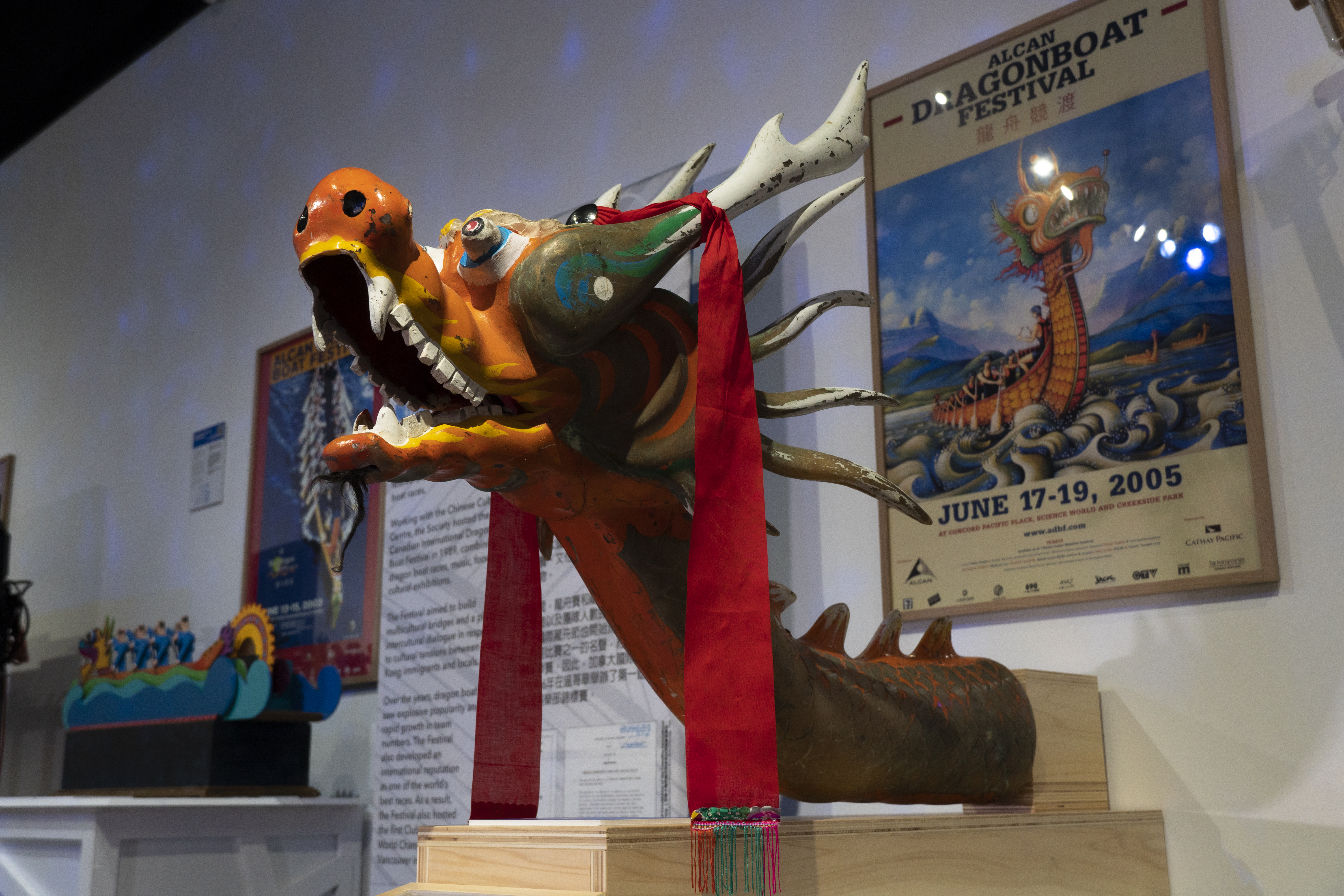 How did your experience studying history at UBC inform your work developing the Dragon Boat exhibit?

Developing this exhibit was like writing a paper, but in a different medium. The exhibit asks a simple question; why does dragon boat matter to this community? This is a question I found myself constantly returning to, and the exhibit tries to answer that question.
One of the things that I learned to do at UBC was to throw a wrench in things every once in a while. Most of the time, this ends up being a huge mess. But every once in a while, it works out well.
If you go through the finished exhibit, you’ll see that it’s generally missing the profiles on people or teams that you’d expect from a museum exhibit; this was the wrench we threw in. For example, you’d expect to see a list of Stanley Cup winners at some point if an exhibit was about hockey.  Instead, the exhibit focuses on the documents, equipment, artwork, and items, and what they were used for.
We took this risk despite the many people and teams that could have been profiled, because we wanted anyone who had experienced dragon boat to be able to use the exhibit to tell their own story, see their own story in the exhibit, and be their own curator. The exhibit is incomplete in a way until someone walks in, and by virtue of their personal stories, brings the exhibit to life.
To bring this idea to life, we filmed a documentary series where  people from a wide range of backgrounds and experiences told their own stories, in their own words. At the exhibit, you can see a medal from a race, and then you can see what this one medal meant to different people. There’s so much power and depth once in turning over the mic to a community. We think (and hope) we’ve created an environment where divergent stories can come together and add to a larger narrative- one where difference strengthens a shared foundation.

Why is this an important historical topic for you?

To the best of my knowledge, this was the first time that Dragon Boat BC/the Canadian International Dragon Boat Festival Society has showcased the dragon boat festival’s history in Vancouver to this extent. Dragon boat in North America started because of Vancouver’s Expo 86- so the Society’s history tracks with a larger history of migration, racism, multiculturalism, and sport history. Personally, I often studied the Olympics and sport as a political tool during my time at UBC. And by returning to sport history with the exhibit, I was able to rediscover all these intersections between sport and culture.
Dragon boat touches on so many topics; there are so many different reasons why people paddle or participate. Someone could realistically spend years exploring connected themes, and not ever run out of areas to explore.

What do you hope visitors will take away from the exhibit?

Dragon boating welcomes anyone into the boat, and this exhibit does the same- it invites the visitor in to explore and build their own story. I hope visitors remember that dragon boat is more than 22 people in a boat paddling around False Creek, or a three day festival that normally pops up in June. It’s part of a much larger whole that continues to evolve.
Dragon boat is equal parts sport and culture; recreational and competitive; ancient and modern. Dragon boat is what people make of it.

Register in advance to visit Paddles Up! The Canadian International Dragon Boat Festival Exhibit at the BC Sports Hall of Fame & Museum here.

Find out more about Dragon Boat BC here. 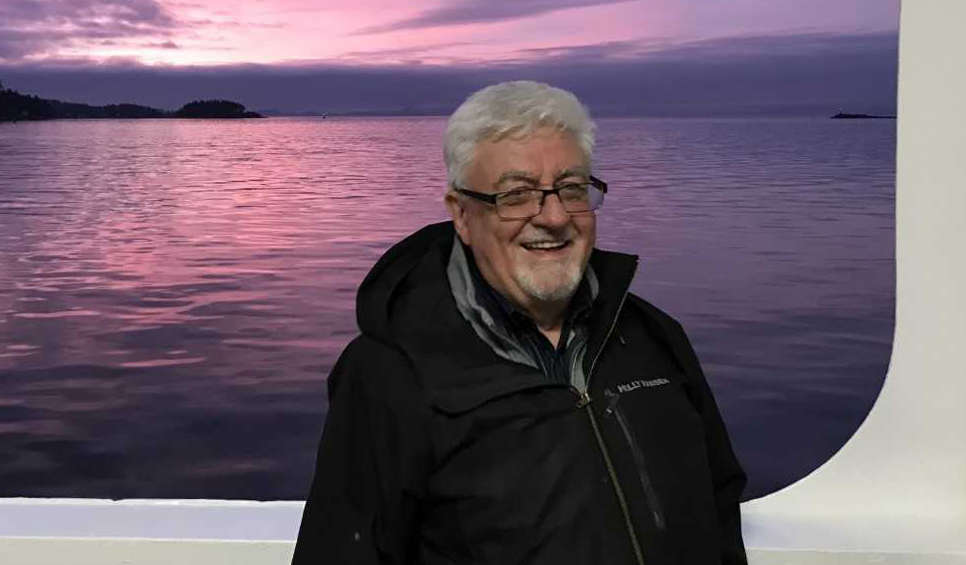